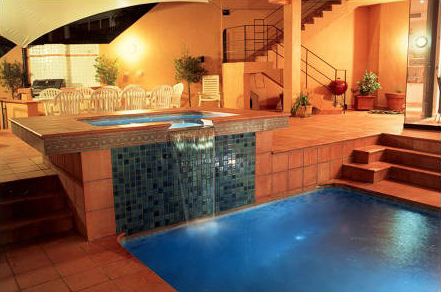 This elegant 9 by 4 metre salt water pool has been rebuilt inside the shell of an existing pool as a result of the subdivision of a sloping block of land with spectacular water views.

The existing pool was built at the lower end of the block, quite some distance from the existing dwelling. It was of concrete construction with marble sheen tiles and a pebblecrete coping about 750mm wide. It’s shape was based on two curved sides and two straight sides in a design that was neither free form nor geometric.

The new pool has been entirely formed within the old shell. Nearly all the piers are through the old structure down to bedrock. In addition, a generous spa has been added, with extended walkways around the entire area.

The pool itself has been designed in a rectangle with proportions that are close to a ratio of 2:1, a geometric form that is pleasing to the eye. It is fully tiled, solar heated and equipped with automatic cleaning. The coping is of terracotta tiles which form a generous walkway around the pool of about 2 metres wide on the harbour side and lead to steps up to the house and to the elevated spa. The terracotta is in complete colour harmony with the new dwelling, which has been constructed just a few metres from the pool.

The 6 person spa is a completely new addition to the pool. It lies about 1.2 metres above the pool at one end, but placed to one side of the centre line of the pool. It is fully tiled and features a wide terracotta coping, reflecting the design themes of the pool. The spa itself is gas heated and incorporates six spa jets instead of the usual four, offering greater comfort. The hand painted border tiles are a distinctive choice in facing materials for the cantilevered coping which really provides a large seating area around the spa. The spillway is terracotta and the spa water falls into the pool past the border tiles and a large face of tiling that is the same as the pool and spa lining.

The total effect is extremely striking and not only because the final result is far superior to what existed at the site originally. All elements of the design have been drawn together to create a pool which not only is in complete harmony with the modern lines of the house, but also complements the superb harbour views which are available from the pool at every vantage point. 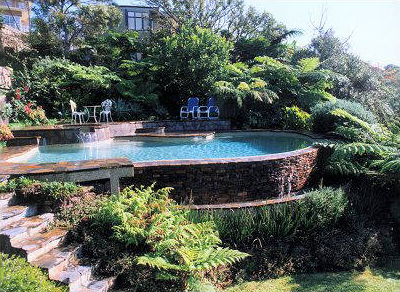 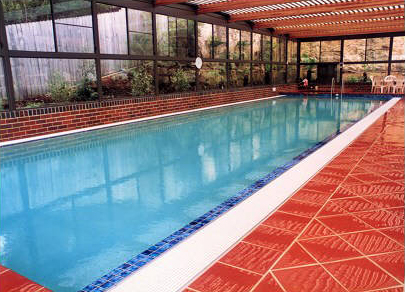 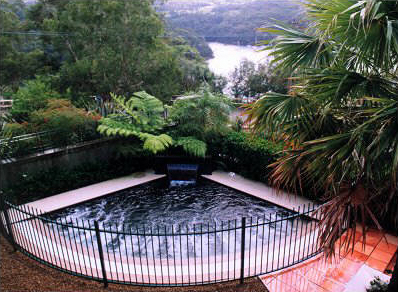 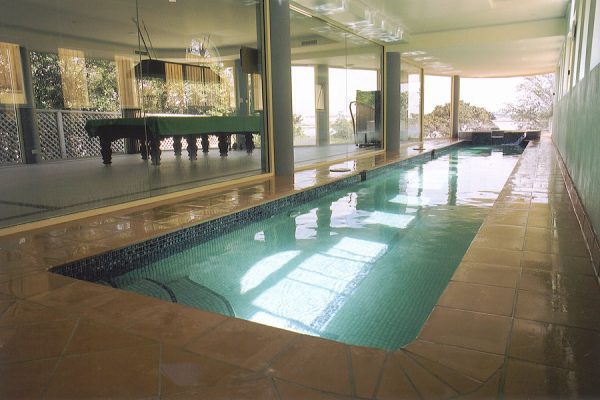 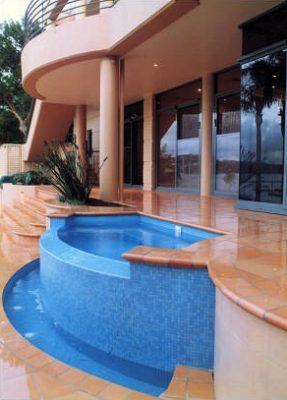 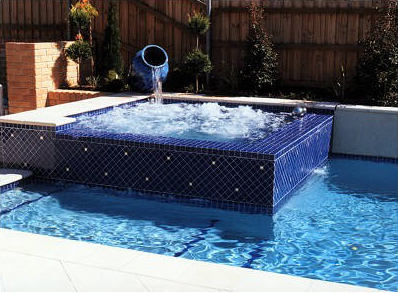 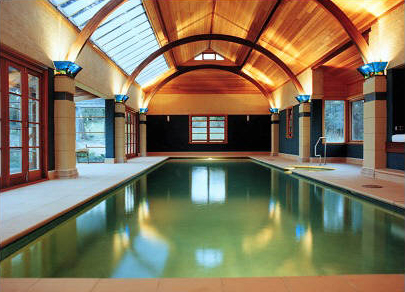 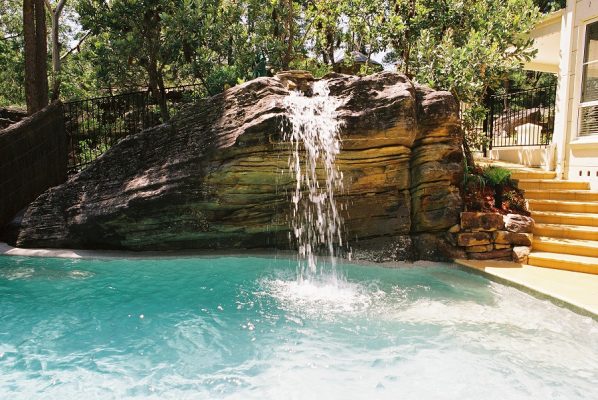 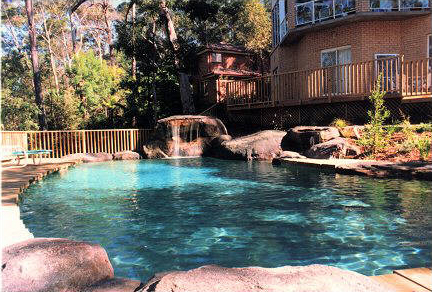 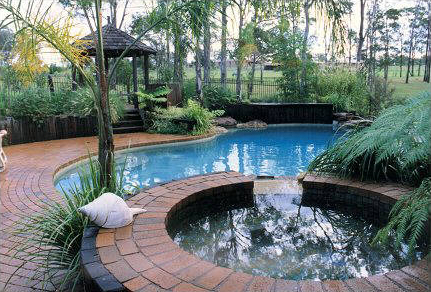 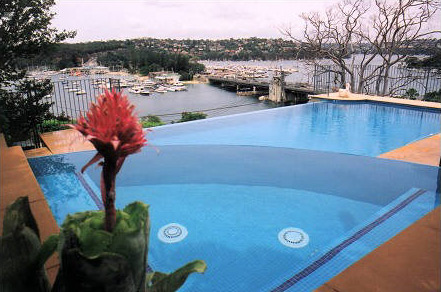 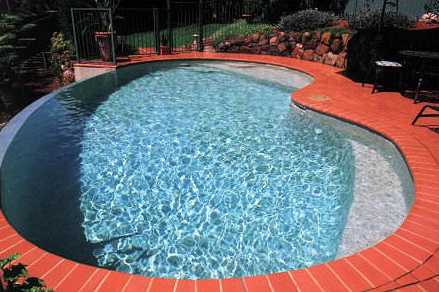 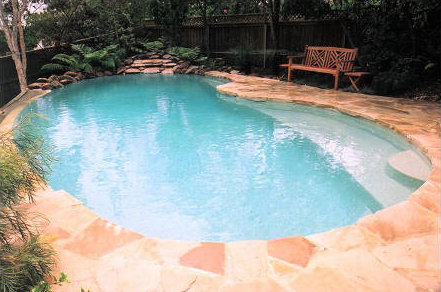 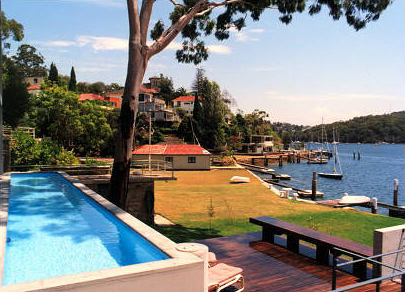